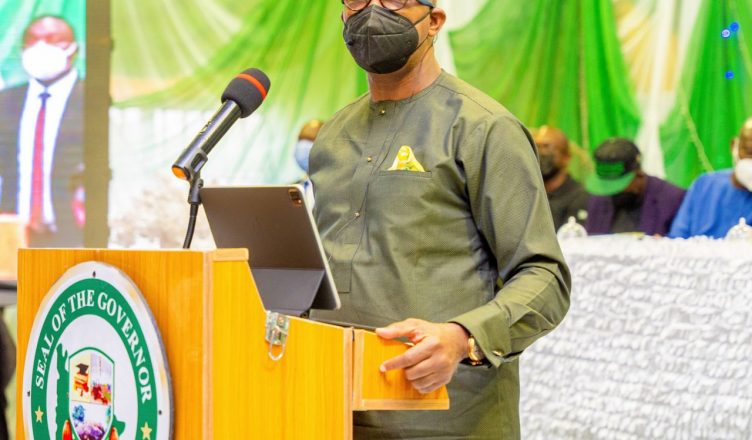 Ogun State governor, Prince Dapo Abiodun, has expressed his disappointment over the attempt by some group of individuals to stage a demonstration over the deplorable condition of roads in Ado Odo/Ota Local Government Area of the state.

Prince Abiodun, who described the incident as “unfortunate”, expressed himself on the issue while speaking on Wednesday, in a virtual meeting with representatives of Ogun East Senatorial District on the 2022 budget, held at the Governor’s Office, Oke-Mosan, Abeokuta,

He berated the demonstrators for trying to paint Ogun in “colours that do not represent the state”.

“The attempted demonstration in Sango-Ota today is most unfortunate. Some people take delight in painting our state in a colour that does not represent our State.

“Ota is very important to us. The first set of roads by this administration was in that local government. The most expensive road, that is the Atan-Agbara road is in the Local Government.

“Ogun and Lagos governments have made attempt to get the Federal Government release the Lagos-Ota-Abeokuta road to us for reconstruction, but no response. I have called on several occasions to Federal Government to give attention to the road. That road did not just get bad in the last two years”, he stated.

The governor, while calling on the people to stop playing politics with issue affecting the lives of the people , disclosed that a sum of N75b would be needed to rebuild the road, declaring that the state does not have such money.

“Please be responsible, don’t play to the gallery. Governance is not a joke”, Gov. Abiodun warned.