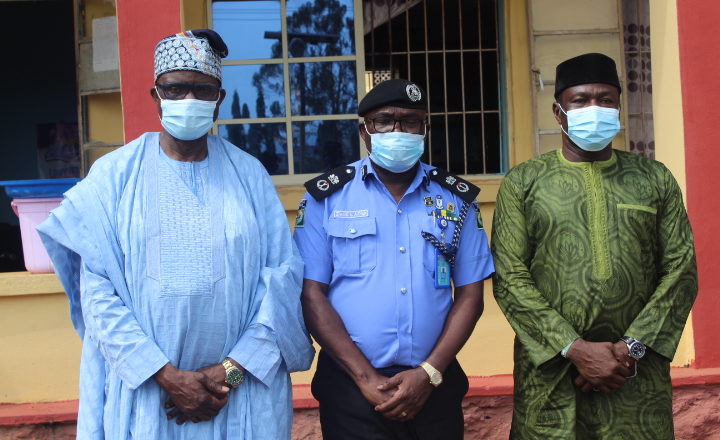 The Executive Chairman, Ogun State Universal Basic Education Board, (SUBEB), Dr. Femi Majekodunmi has urged the Ogun State Commissioner of Police, CP. Edward Awolowo Ajogun to provide adequate security for lives and properties in the School across the twenty Local Governments Education Authorities in the State.

The Executive Chairman expressed this during his courtesy visit to the Force Headquarter, Eleweran, Abeokuta. He said the Board has received several complaints in respect of invasion of many Public primary Schools by miscreants which has led to destruction, theft and abuse of schools’ properties.

The SUBEB Boss also pointed out that issue of land-grabbers, encroachment and herdsmen attacks are parts of the challenges facing the public primary schools in the State. He then solicited for the support of Divisional Police Officers across the twenty local Governments to provide adequate security for all public primary Schools to guard against invasion by miscreants, land-grabbers and herdsmen attacks.

He stressed further that basic education was of utmost importance in our society and we all must guard against anything that would truncate the future of learners. Hence, the need to ensure adequate security across all our Public Primary Schools has been the priority of His Excellency, Prince Dapo Abiodun MFR.

In his short remark, the Special Adviser to the Governor on security, AIG Olushola Kareem Subair (RTD) stated that security in public school is a very germane issue and as such, suggested that security committee should be set up and the committees must include the schools headteachers, Divisional Police Officer and others Security agencies.

In his response, the Commissioner of Police, Edward Awolowo Ajogun appreciated the board for the visit and stated that security is everyone business. Therefore, all hands must be on deck as far as security of lives and properties are concerned.

The CP, while stating that security is to ensure the learners are safe in and out of school, stressed the need for security education for the school community. This he said will let them know if there is any security breach in the school.

The CP also disclosed to the gathering that all schools in the State are on high surveillance and he has instructed his men to have full patrol of all schools and Headteachers must be present at every town hall meeting in their various zones. He advocated for community policing and school must be seen as community.

CP Ajogun noted that it is very important to report crimes as it happened in our schools. This would give the Nigeria Police to have records of crimes in our society and plan adequately against reoccurrence. He stated that security of lives and properties in all Public Primary Schools across the State are paramount.

In his vote of thanks, Senior Education Officer, Mr. Semiu Adeniran, appreciated the Commissioner of Police, his men and the Special Adviser to the Governor on security for the hospitality given and the way they have responded to the issues of security.