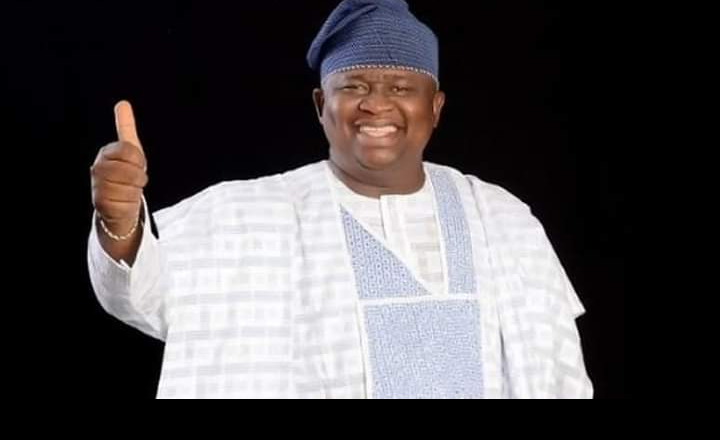 The 9th Senate kicked off on June 11th, 2019 with the election of Senator Ahmad Lawan as the President of the Senate and Chairman of the National Assembly. Senator Solomon Adeola (APC, Lagos West) who was re-elected for a second term in the Red Chamber was instrumental in the campaign to ensure that the new leadership of the Senate is in tandem with the aspiration of the ruling party APC and “Next Level” compliant. On the day of the election proper, he performed the historic role of seconding the nomination of the new President of the Senate after Senator Yahaya Abdulahi has nominated him.

As a ranking senator and legislator, Senator Adeola set out quite early to ensure he deliver on the core mandate that had saw him win popularly contested elections consecutively for five times from state legislature to the national level. Predictably he was equally involved in the intrigues resulting in the setting up of the leadership of the 9th Senate and the constitution of its 70 Standing Committees. He was made the chairman of the important Senate Committee on Finance as well as member of the Appropriation, Local Content, Science and Technology, Banking, Insurance and Financial Institution, Health (Primary and Tertiary), Aviation and Inter- Parliamentary Affairs Committees. This was quite unlike his first term in the 8th Senate when even as a ranking legislator, he was only giving a Vice Chairman of a Committee on account of his principled stand for his party, APC. The anomaly was only remedied towards the end of the 8th Senate when he was made the pioneer Chairman of the newly formed Senate Committee on Local Content.

With the 9th Senate fully constituted late in 2019, Senator Adeola directed his focus on the defining aspect of his work which is law making. In quick succession, he has sponsored and successfully introduced 5 Bills that have undergone first reading while two has been read for the second time and committed to committees for further legislative work. They are: 1. “A Bill to Provide for the Establishment of federal University of Technology, Yaba and other matters, 2020” (SB.63); 2. “Niger Delta Development Commission Act No. 6, 2000 (Amendment) Bill 2019” (SB.273); 3. “Medical Rehabilitation Therapist (Reg, etc) 2020” (SB. 352); 4. “Federal University of Technology, Ilaro (Est, etc), 2019” (SB. 84) and 5. “A Bill for an Act to Alter the Provisions of the Constitution of the Federal Republic of Nigeria , 1999 to give Recognition to the Six Geo-Political Zones and other matters,2020” (SB. 274). Five other drafted bills have been presented for first reading but are waiting scheduling to be so read. Among these are: “A Bill for an Act to Amend the Human Right Commission Act, CAP N46,LFN, 2004 by Vesting Power to Investigate and Prosecute Allegation of Extra Judicial Killing by Armed Officers of Organs of FGN in National Human Right Commission and her Agents,2020”; “A Bill for an Act to Provide for the Establishment of Nigeria French Language Village as an Inter University Centre for French Studies and other matters Connected therewith , 2020” and “ A Bill for an Act to Alter the Constitutions of FRN,1999 to Provide for Uniform Pension Rights for Judicial Officers in Nigeria and Other matters Connected therewith,2020” among others.

No doubt these bills that dwell on educational development, constitutional and institutional development and human rights issues will be passed in due course. One Executive Bill that have however been passed and assented to by President Mohammadu Buhari with much work from Senator Adeola’s Finance Committee is the landmark Finance Bill 2019 upon which the 2020 Appropriation Act funding is mostly predicated on. It took sleepless nights in the office for the senator and his staff to pull off the passage of this important bill into law in record time. From all indication the law is regarded as revolutionary as it foresaw and took into account the shock that COVID-19 and similar brought to Nigerian economy in terms of what is now stimulus to the economy following the devastation of COVID-19 pandemic.

Related to the above and pursuant of the passage of the 2020 Appropriation Act was the passage of the 2020-2022 Medium Term Expenditure Framework (MTEF) and the Fiscal Strategy Paper (FSP) upon which passage of any federal budget is predicated being determinants of such thing as the Crude Oil Benchmark and other projected revenue sources. It was the Senator Adeola’s Finance Committee that worked tirelessly to get it passed in time after a public hearing which ultimately ensured that our budget reverted to the January-December time line after almost two decades of disruption of the normal January-December budget cycle. With the disruption of COVID-19 and the introduction of a revised 2020 Appropriation bill by the Executive as 2020 Appropriation Act (Amendment) Bill, Senator Adeola’s Finance Committee has quickly held an interactive session on a revised MTEF and FSP document and its report has been approved by the Senate preparatory to passage of the revised 2020 Budget.

In the area of oversight Senator Adeola has successfully moved four motions that resulted in Senate Resolution for which action was taken. These are the motion on Ijegun Pipeline Explosion; the motion on Abule-Ado, Amuwo-Odofin Explosion, the motion to reduce the disparities between lending rates and deposit rates charged by commercial banks and other financial institutions and a commiseration motion for Senate to honour late Senator Munir Muse. Equally, the senator has co-sponsored no less than 20 other motions that resulted in Senate Resolutions. And for 8 years since 2012, the Federal Inland Revenue Service, (FIRS) that has operated without a board now have one courtesy the successful screening of the Chairman of the FIRS and members of the Board as nominated by President Buhari. The Fiscal Responsibility Commission, FRC and the Accountant General Office(AGO) and the Nigeria Sovereign Investment Authority under the purview of Senate Committee of Finance had been oversighted to make them more effective through queries into their operations, budgetary support as well as visit to parts of the AGO that got burnt recently.

It is in the area of representation that Senator Adeola has in the last one year discharged his mandate most creditably to his constituents. As at the last count he has facilitated graduate federal employment for no less than 30 youths in some federal agencies in face of massive unemployment confronting the nation. When COVID-19 pandemic broke out and Lagos became the epicenter with a federal lockdown, the issue of palliatives for indigent constituents became a task that must be done even in absence of any budgetary provision for same.

In cognizance of the precautionary measures reeled out by Federal Government, Senator Adeola donated a whopping N50 million to indigent persons and groups in the largest senatorial district of 20 million across 10 Local Government areas of his district.

Over 10,000 constituents, groups and leaders benefitted from the donation with sharing ranging from N2500 at the lowest for individuals to a maximum of N250, 000 for groups. As part of the palliative during ease of lockdown, Senator Adeola in conjunction with the Lagos State Government also distributed food items like rice, beans and garri for constituents while the lockdown lasted as well as token GSM recharge credits for communication purposes for constituents.

Unfortunately, the regular Town Hall Meeting/Empowerment the senator scheduled for March ending could not take place amid COVID-19 uncertainty and eventual lockdown with many empowerment items like sewing machines, deep freezers, vulcanizing machines, motorcycles, tricycles, vehicles, grinding machines that he facilitated as part of his constituency projects still waiting to be distributed to constituents. With COVID-19 precautionary measures now in place against large gathering, the senator is now setting machinery in motion for distribution along LGA platforms instead of the centralized distribution during Town Hall Meetings as has been the practice. However, under the period, over 4000 women and youths have benefitted from skills acquisition and entrepreneurship training facilitated by the Senator with many of them empowered to start their business.

Finally, the senator has continued his usual goodwill gesture for constituents during festive period like Yuletide as well as Muslim festivities by reaching out to constituents in cash and kind across the senatorial district. No doubt Senator Adeola has laid a solid foundation for the 4-year tenure in his first year in the 9th Senate amidst over three months’ disruption of the COVID-19 pandemic.

Going by his track record, it is certain that he will build a worthy legacy on his foundation in the first 365 days.