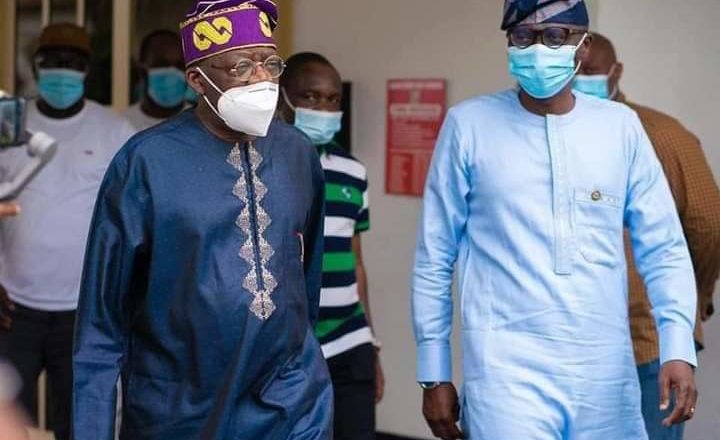 No event in the past couple of years have ever separated us in this country called Nigeria like the ENdSARS violent in Lagos. A peaceful protest that started with the Reformation of Nigerian Police Force,later graduated to protesting against “BAD GOVERNMENT”.
Within a week,the protest was hijacked and a public figure, formal Governor of Lagos State,Asiwaju Bola Tinubu was at the center.Businesses believed to be his own were attacked.Lekki tollgate,TVC put on fire.Hoodlums took advantage of the incident to attack police formations,killed police men, and carted away armunitions.Public buildings and social infrastructures were touched .
The social media attack went from bad to worst when protesters were reported attacked by military men (which are yet to be identified or casualty confirmed as at the time of this write-up)and the country was aflame.
For the first time in Nigeria,fake news jabbed to our mind through social media,and many felt for it.It was an appeal to our emotions,which created fear and panics.It almost started an ethnic war. Videos,audios and gory pictures flooded our mobile phones and violence erupted in most part of the country.
The Lekki Tollgate shooting came with accusations like,Gov SANWOOLU ordered the shooting,Tinubu ordered the mass killing, Tinubu ordered the removal of CCTV camera, Tinubu have taken off from the country and so on.
Asiwaju Bola Tinubu made a gallant appearance to his social media crucifiers yesterday when he paid a visit to Lagos State Governor, Babajide Sanwo-Olu, at the State House in Marina.
After his visit, various criticism have come up on his comments on the killing.
His words,”First, we have to segregate the calendar – those who suffered casualty before the protests from the hands of SARS. You have to separate that from those who suffered casualty due to what happened at the toll gate.

“For those who suffered casualty from SARS, the Commission of Inquiry that is already set up will unearth that and will make their recommendations. I trust the calibre and the character of the people there, they are independent. That is one.

“Those who suffered casualty during the gunshots need to answer some questions too. Even though we want to help, we still must extract information that will help the government to prepare in future and understand how and when to react because the governor, in particular, is a youth.”
Also speaking on the the vandalisation and looting since the event,he said,
“But where are we getting the looting, the carnage, the burning, the invasion of police stations, stealing of arms, maiming of the innocent? It is a handshake beyond the elbow.”
I’m yet to understand what many were expecting from him beyond his objective evaluation of the urgly incident,and making enquiry on who and who carried out the killing.
To those who said he took to his heel,he said, “I go nowhere; I’m a Lagosian and I still hold the title of Asiwaju of Lagos and I am still a Jagaban.”
So many main stream media goofed in the reporting of the incident.They played to the hand of the social media hijackers.BBC was not speared.They later apologised for the misinformation.

I was amazed when many people are justifying the looting of the warehouse containing the palliatives in different states.We were also amazed to know that shopping malls, Electronic shops,and other businesses were looted,an indication that it’s not a fight against bad Government along,but an expression of criminality and lawlessness in our citizens.If we legitimize looting,we shouldn’t talk about EndSARS, because it is the same injustice.
As the arrest(which is on going) and prosecution starts very soon,hope Nigerians will be able to learn something.