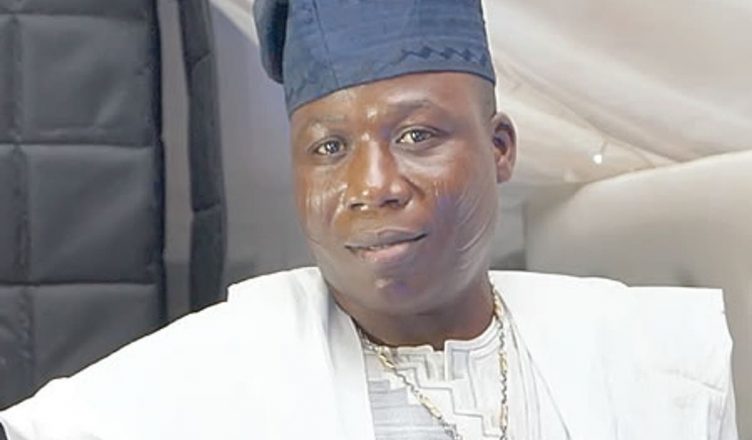 “I have no quarrel with Gani Adams, but for his past way of life, which was not in accord with my standards and principles. I have in the past, both in government and out of government, refused to grant Gani’s request to visit me.”
Chief Olusegun Obasanjo.

A cursory look at what is going on now in South Western Nigeria suggests that our politicians are the cause of this embarrassment that has currently befallen the Yoruba Nation. It is ridiculous and unimaginable how a person like Sunday Igboho should be parading himself to be the leader of one of the most educated race in Africa. How do you place it? A man who ostensibly lacks basic wisdom, intellectual capability and the administrative know-how.

The much we know about him is that he is a product of political thuggery, raised and equipped by the politicians. We are well acquainted with the story of how he has been running political errands for Late Lam Adeshina, Chief Rasheed Ladoja, Governor Seyi Makinde and Asiwaju Bola Tinubu at different times.

It is obvious that he has amassed a lot of wealth for himself that nobody seem to be important to him. He talks to everyone and anyone recklessly and arrogantly.

In the past he has been used as a tool in the hands of politicians to inflict destruction and death on their political enemies and opponents.

Today, he opens his mouth wide without any regards to ethical, moral and religion values we hold sacred as a people.

His constant disparaging uterrances on the persons of the reverred Ooni of Ife, the Asiwaju Tinubu and Governor Seyi Makinde clearly portrays him as a man without manners and proper upbringing.

Again, when you look at his reactions to the news of death of Pastor Dare Adeboye you will see another confirmation of how shallow and poorly grounded Igboho is in knowledge, manners, understanding of Yoruba culture and ideology.

Why on earth should any right thinking Yoruba turn this idiot to Idol? Is it not obvious enough? Is it because he claimed he is powerful? Yes, he can be useful to actualize the freedom of the Oduduwa Nation but then he should not be allowed to speak for the race.

He should be advised to keep quite and take orders from the recognised leaders of the race.

The politicians should stop creating monsters out of these miscreants if they expect peace in the Yoruba nation.

Our eyes are on Oluomo in Oshodi and Auxiliary in Ibadan

Igboho should stop making mockery of the Yoruba race. Enough is enough.

Adekoya is the Editor of the Diagnostic News Reporters