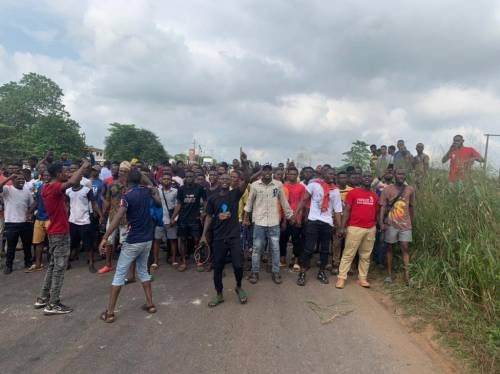 he students and military clash at Ijebu-Ode last week was unfortunate,and expression of our societal decadence.

The incident that started like a soap opera on Thursday,28th of October, when students of the popular Tai Solarin University of Education, Ijebu-Ode decided to celebrate the end of their final examination on the busy street of the town, thereby violating other people’s right in an aluta manner.

The motorcade of the students were stopped to maintain peace and other by officers of the 12 Field Engineering Regiment in Ijebu Ode, but was confronted by the lawless and naive students.

Despite the school management intervening in the matter as some students were taken to the military custody, the fraca still continued till Friday when the school was shut down by management.It was later reported that the students arrested were released.

Apart from LAWLESSNESS of the students by facing security operatives,it is disheartening that ignorance and defiance could overshadow young people who ought to be ambassador of peace and justice. They have the right to celebrate,but not by stepping on other people’s right.

Uwujaren also confirmed the recovery of eleven exotic vehicles, twenty nine phones and suspected hard drugs. He added that the suspects will be taken to court as soon as investigation is concluded.

Youthful exuberant is not an expression of excellency or leadership traits in education environment, likewise not excuse in the face of law. Unionism or protection or rights of students, should also consider the protection of rights of ordinary citizens. To be educated is beyond the academic qualification,it also include moral uprightness and regards for civil law and other.
I believe this will serve as a lesson for those who believe in fomenting trouble in the name of aluta.