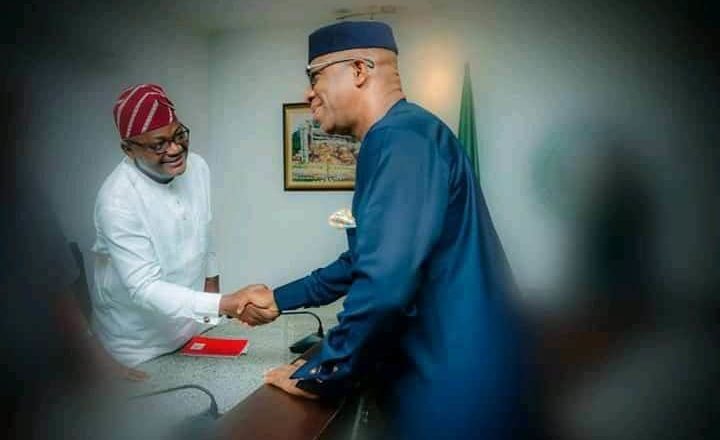 The attention of Prince Gboyega Nasir Isiaka, his associates and well-intentioned persons have been inundated with a news story published by a phony online platform called ‘nationalmonitor.com.ng’ where baseless and spurious speculations were made on his rumoured future political ambition.

The sponsors of the poisonous story, in their desperation, contrived lies and outright falsehoods – just to manufacture a story that is in alignment with their own hateful intention and agenda.

We considered ignoring the fabricated story as another campaign of calumny from ‘obvious quarters’ but discovered that their agenda has been marketed to the high echelon of the party and government in Ogun state, hence the need for a clarification.

Firstly, these persons interpreted a meeting of GNI enthusiasts within Ogun Central Senatorial District, held at the residence of a party chieftain, Elder Joju Fadairo, to mean that a 2023 gubernatorial agenda is in place. GNI was not at the meeting (as told by these incorrigible people), yet the story purportedly quoted GNI speaking at the meeting! Another name mentioned was Olootu Dipo Sofowora, an Ijebu man, who is not from Ogun Central and could not have been at the gathering!

For the avoidance of doubt, the meeting was a friendly chat that largely discussed political developments and updating members on what is happening around the local governments within the district. The parley also urged attendees to continue working assiduously for the party and success of the administration of Prince Dapo Abiodun.

Secondly, the cheap propaganda again alluded that a younger brother of GNI, put the picture of GNI on his private office in Abeokuta. This is also preposterous! In the first instance, Alhaji Lawal Isiaka (immediate younger brother to GNI) owns the structure and not Alhaji Wasiu Isiaka as deliberately misinforned. The man (who is so apolitical) built that structure over twenty years ago and has always had the picture of GNI placed on the dashboard for over twelve years.

The building was renovated few weeks back and upon completion, re-installed a smaller banner of GNI with the message of his values on it. The questions to ask these vestiges of absurdity are that, when did it become a crime for a man to uphold his brother’s values and how did that become a campaign office branding?

We are not unmindful that politics is about interest and that power blocs within a political system will seek to protect and promote such interests, but that must never be at the expense of destroying others. Prince Gboyega Nasir Isiaka is one of the most unassuming and tolerant political leaders in Ogun State and has never been found to be in a war with any individual or group over his political pursuits since 2009.

Let us also state without equivocation that GNI, alongside his supporters have displayed loyalty to the party and the current administration; since joining the APC. Our values and principles preclude us from playing toxic and banal politics. We would never pretend to say one thing openly and do another underneath, as that runs contrary to our integrity and Omoluwabi credo.

Importantly, GNI enjoys cordial relationship with HE Prince Dapo Abiodun and holds in high fidelity – their mutual respects and commitments. While he has yet to indicate a future interest in any elective office, GNI believes the task of governance is daunting and all hand must be on board to ensure the success of Mr Governor and the party.

For those who feel that their future ambitions are threatened by the presence of GNI in the party or that his warm affair with the governor poses a challenge, should first pray to be alive and in good health by 2023 before assuming the role of God, Who in His benevolence determines who becomes anything in life; for we are all tools in His hands.

Lastly, we pray for these frustrated and jobless persons – that feel they must concoct lies about GNI for survival – to desist from the reprehensible path they are following. Those who seek a rise to the top on the destruction of others will inevitably have destruction awaiting them at the peak of their voyage in life. The campaign of calumny against Prince Gboyega Nasir Isiaka by desperate forces will not prosper.