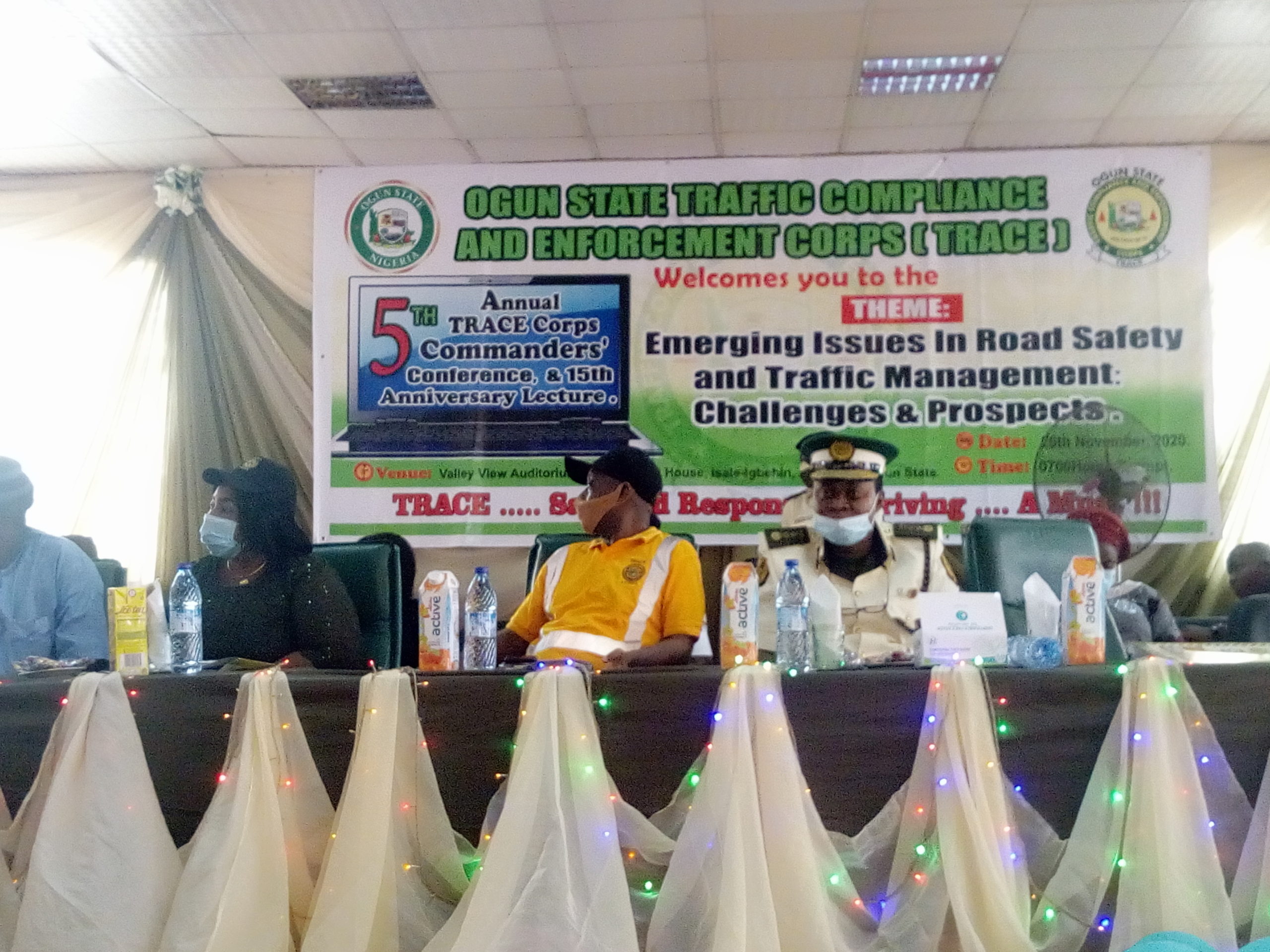 The Ogun State Traffic Compliance and Enforcement Corps(TRACE) had their 5th annual conference,and 15th Anniversary lecture with the theme”Emerging Issues in Road Traffic and Safety Management: Challenges and Prospects today as the Corps Commandant,Comm Seni Ogunyemi called on the government to increase the number of operatives so as to function well.
Comm Ogunyemi said the Corps have less than 650 active operatives in all the 20 Local Government,which is not enough for the crucial role they play.
He added that,”if more operatives are sent to the Corps,we are ready to train them so as to fit into modern demands of the society in traffic control and enforcement.Our limited number,is making our officials to over work so as to deliver as expected.
The guest lecturer,Prof Iyiola Oni said TRACE has done well despite the peculiarities of the state to traffic related issues and enforcement.
He said Lagos and Ogun state have one of the highest number of traffic offenders because of their peculiarities in access to other states and high population of road users,which have more demands in law enforcement and prosecution of offenders.
He also added that,”because of great number of traffic going to Lagos that pass through Ogun state on daily basis,it puts more pressure on the road and the enforcement officers have to be up and doing.They must be trained to meet the emerging demands of the road users,and how to make them obey the traffic rules so as to make the road safe for all.Its unfortunate that we don’t have a good transportation system in this country,where railway,water system and others are used,too much concentration on road transport makes it difficult for the enforcement agencies to do their work well.”
The state governor Prince Dapo ABIODUN Mfr. represented by Hon Commissioner for Transportation,Eng Gbenga Dairo,said the Corps have done well since the time of its creation,and this present administration will do everything possible to give them the necessary support.He said the leadership of the Corps have changed the mode of training of her operatives as they are more civil and professional in their responsibilities.
The Head of Service,Alhaja Selimot Ottun appreciated the governor of the state,Prince Dapo ABIODUN for approving the conference and congratulated the Corps for 15 years of eventful service to the state.She also assured the Corps the administration support in provision of working tools, and also encourage the operatives.
The event was attended by several dignities in transport sectors, government functionaries and representatives of sister agencies.