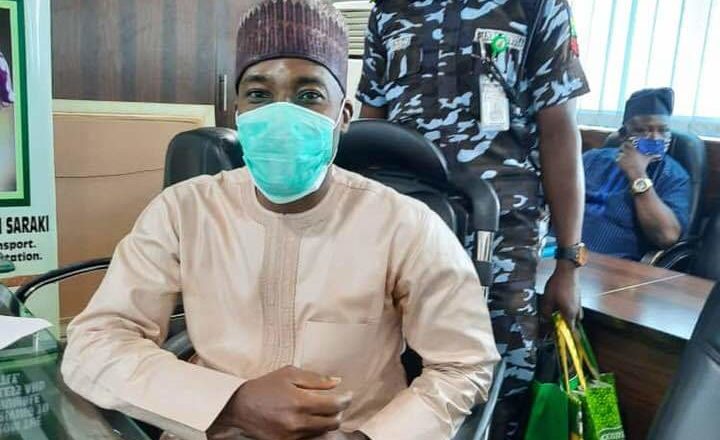 The Minister of State For Transportation, Senator Gbemisola Saraki has assured commercial motorcycle operators in Nigeria of federal government support to transform the transportation sector.

The Minister gave the assurance on Tuesday when the National President, Amalgamation of Commercial Motorcycle Owners, Riders and Repair Association of Nigeria (ACOMORAN) paid her a working visit in Abuja.

Senator Saraki said the ministry would collaborate with the association to regulate and transform the operation of commercial motorcyclists in the country.

She maintained that, the government would look critically to create enabling environment for manufacturing investors to assemble their plants in Nigeria.

He noted that, despite the careless riding by the motorcycle operators which led to lost of many lives, scrapping the means of transportation was not necessary but transforming the transport sector.

Alhaji Apelogun equally enjoined the federal government to phase out rickety motorcycles on the roads by providing soft loans for the acquisition of new motorcycles.

He therefore, solicited that ACOMORAN, as a major player in the sector should be considered in the disbursement of N10billion Covid-19 survival funds for transporters by the federal government.

“Before your appointment as Honorable Minister, ACOMORAN has enjoyed a very good relationship with the Ministry. Aside the favorable disposition of the Minister, His Excellency, Rt. Hon. Rotimi Chibuike Amechi to our affairs which made him personally attend and unveiled our association’s constitution alongside some other dignitaries which included the then Senate Committee Chairman on Transportation, Senator Gbenga Ashafa.

“It is also gratifying to note that a powerful delegation from this Ministry did not only attend my inauguration as President, but also conducted the entire process of my swearing-in. It was largely for our sake that His Excellency, Rt Hon Rotimi Chibuike Amechi addressed the Press when Lagos State Government and a pocket of other state governments announced ban on the activities of Commercial Motorcycles and Tricycles.

“The complain against us is usually about accidents. I can’t agree less that out of careless riding, many lives have been lost but accidents are not limited to commercial motorcycles alone. Since accidents did not lead to the banning or scrapping of other means of transportation, including Air, we advocate, very strongly, that standardization, not scrapping should suffice especially now that the rate has drastically reduced.

“In this regard, Honorable Minister, we solicit your intervention because when you end a man’s means of livelihood without any alternative, you have tampered with his entire life and that will certainly be counter productive.

Commercial motorcycle and tricycle business has come to stay in Nigeria. The onus is on us, as stakeholders to make it glamorous and attractive to all and sundry.

“In my opinion is for us to map out strategies to ensure that the down side of it, which is mainly accidents, is reasonably addressed. One of the ways to achieve this is to ensure that dedicated lanes, such as obtains in Lagos for BRT is created for us.

Secondly, Government should phase out rickety motorcycles on our roads by providing soft loans for the acquisition of new motorcycles. As a body, we are almost done with our brand which is called ACORIDE.

We believe that it will change the face of commercial motorcycles and tricycle business in Nigeria. His Excellency, Rt Hon Rotimi Chibuike Amechi, at one of our events told us that solar powered motorcycles and tricycles were in the pipeline. If government can actually actualise this project, it will go a very long way in easing the daily burden of our members.

It is also important that the government should further make the economy attractive to those that will be willing to set up manufacturing plants in Nigeria.”