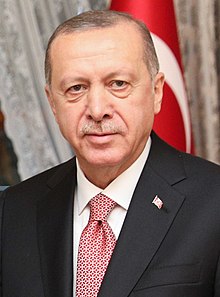 The Turkish president, Recep Tayyip Erdoğan, on Saturday warned his French counterpart, Emmanuel Macron, “not to mess” with Turkey, as tensions between the Nato allies escalated.

“Don’t mess with the Turkish people. Don’t mess with Turkey,” Erdoğan said during a televised speech in Istanbul on the 40th anniversary of the 1980 military coup.

Macron has strongly condemned Ankara during a standoff between Greece and Cyprus on one side and Turkey on the other over hydrocarbon resources and naval influence in the eastern Mediterranean.

Erdoğan urged Greece to “stay away from wrong” actions in the disputed waters backed by countries such as France, which stepped up its military presence in the region after rival naval exercises by Athens and Ankara last month.

The US has urged Turkey to cease activities that are raising tensions in the eastern Mediterranean, with secretary of state Mike Pompeo calling on all sides to back diplomacy.

“We remain deeply concerned by Turkey’s ongoing operations surveying for natural resources in areas over which Greece and Cyprus assert jurisdiction over the eastern Mediterranean,” Pompeo told reporters during a visit to Cyprus on Saturday, in which he met Republic of Cyprus president Nicos Anastasiades and foreign minister Nikos Christodoulides.

“Increased military tensions help no one but adversaries who would like to see division in transatlantic unity,” he added. “Countries in the region need to resolve disagreements, including on security and energy resource and maritime issues diplomatically and peacefully.”