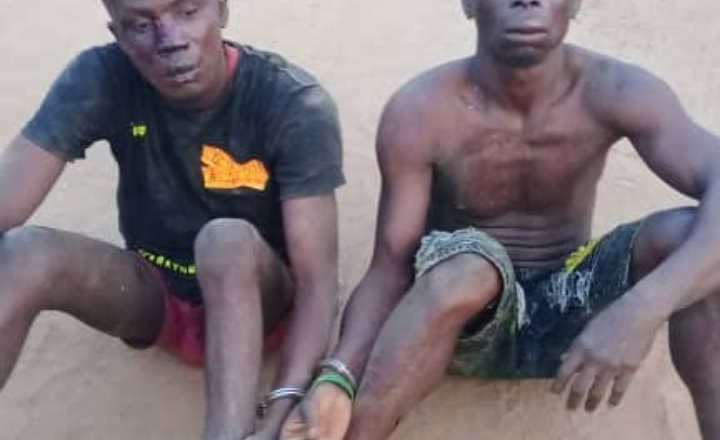 It was reported that a three man armed robbery gang were operating at Olambe area, and that they have shot one commercial motorcyclist who was later identified as Anas Usman and snatched his motorcycle.

Upon the distress call, the DPO led his men to the scene, and with collaboration of the SO SAFE CORPS, two amongst the robbers were subsequently arrested. Recovered from them were, one cut to size locally made gun, two live cartridges and the snatched motorcycle.

The victim was quickly taken to the hospital for treatment, while effort is on top gear to apprehend the remaining member of the gang.

Meanwhile, the Commissioner of Police CP Edward Awolowo Ajogun has ordered the immediate transfer of the suspects to state criminal investigation and intelligence department for discreet investigation and diligent prosecution.