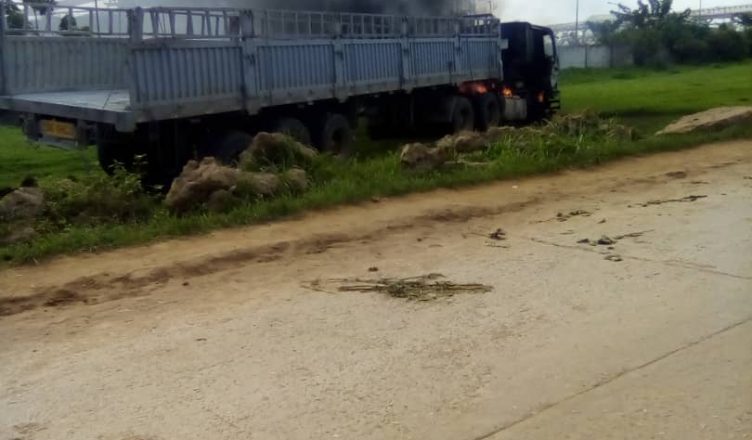 The accident, according to eye witness said the truck left his lane for the on coming motorcycle and crush the okada rider and passenger to death.

It was reported that the accident was as a result of over speeding of the truck driver,who took to his heel after the tragic incident.

Angry mob set the truck on fire and there was break down of law and order.The men of Nigeria Police Force and the Nigerian Security and Civil Defense Corp have taken over the situation and calmness have returned.

However, one of the death victims body has been deposited at Ilaro General Hospital morgue, while the other victim had been buried by the family.
TRACE Corps commiserated with the family of the dead victims, and truck drivers are admonished to resist the temptation of reckless and dangerous driving, as well as give consideration to other road users..