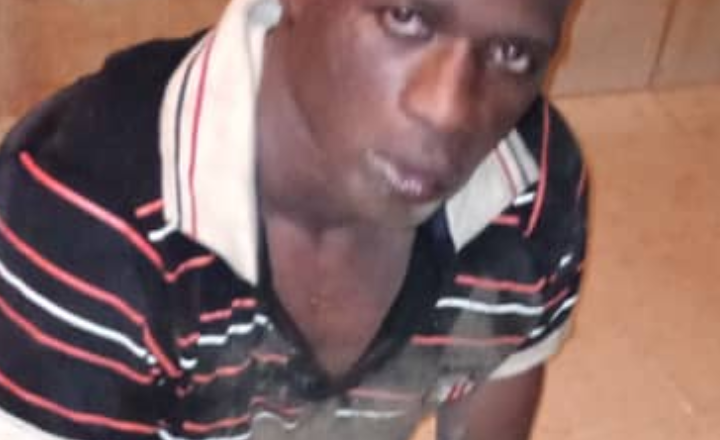 Two members of an armed robbery syndicate were shot dead today by the police at the popular “FASTLINK’’ electronic and phone warehouse in Ijebu-Ode,Ogun state .

The operation that led to their death also successfully made an arrest of one of the robbery gang.

.The police reported that the operation followed a distress call received by the DPO Igbeba division CSP Doga Najeem from a local vigilante leader, that the warehouse situated in Oyingbo area of Ijebu-ode has been invaded by dare devil robbers who were armed with dangerous weapons.

The DPO who mobilized his patrol team with So-safe corp,headed to the scene.On sighting the policemen, the robbers engaged them in a gun battle for about an hour, at the end of which two members of the gang were fatally shot and one arrested.

Others escaped in their standby vehicle with various degrees of gunshot injuries.

On interrogation, the arrested suspect Isiaka Yakubu ‘m’ 28yrs  an indigene of Yauri in Zamfara State claimed that the group were eight in number and they came from Lagos State where they have been hiding for some days before coming to Ijebu-ode for the operation.

Recovered from them are: One locally made gun, one iron cutter, two cutlasses, one iron chisel, as well as  phones and electrical material worth #6million which they removed from the warehouse.

The Commissioner of police, CP Edward A. Ajogun who commended his men for their swift response to the distress call, has ordered the immediate transfer of the case to the state criminal investigation and intelligence department for discreet investigation.

He also directed a massive hunt for the fleeing members of the gang with the view of bringing them to justice.The CP while appealing to members of the public especially hospitals to report anybody  seen with gunshot injury to the police, also warned criminals to stop testing the will-power of the Command, as determination and resilience of officers and men to decisively deal with all forms of criminality in the state is unwavered.