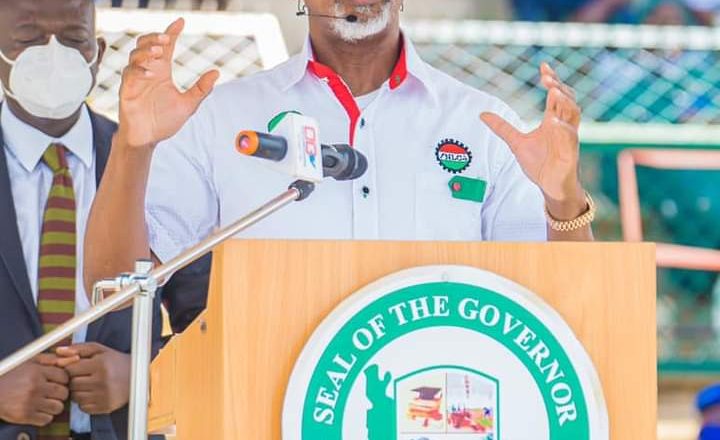 … promised to prioritize pensioners welfare,refuted allegation of favourism in disbursement.

The Ogun state government have denied the allegation of ₦3.9bn pension fund as insinuated by the state pensioners yesterday during a protest.

The governor, Prince Dapo Abiodun while responding, restated his commitment to prioritise welfare of the pensioners and regular payment of their pensions despite the dwindling financial situation being witnessed in the state and the country at large.

He said,”We are not aware of any N3.9bn pension fund as claimed by LOGPAN. If there is any, we will be grateful if they can show us the path to recover it”.

He also promised that efforts were on top gear to clear the 2011 pension arrears and increase the quarterly release of N500m to defray backlog of pension arrears as the state’s finances improve.

The governor noted that pension issues are not new to all stakeholders in the state, recalling that at the inception of his administration, robust dialogues were held with all the stakeholders on how to move forward on payment of pension arrears.

Abiodun, who noted that the backlog of pensions is a huge sum of money, refuted the allegation that disbursement was done to favour some people to the detriment of others, declaring “there is no favouritism on the payment of pension in the state. There is an established procedure to follow”.

He said a team would be sent to the Pension Office to verify what led to 2014 pensioners getting more pay than others from the quarterly N500m release as alleged by the pensioners.

The Secretary to the State Government (SSG) Mr. Tokunbo Talabi, had on Wednesday, while addressing the protesters, said the present administration was not unmindful of the plight of the senior citizens.

He sought for their understanding to enable government offset the backlog of pensions and gratuities from 2011 for that of Local Government pensioners and 2014 for those in state civil service.

FT:Do you have a story for us?Do you want us to give you Media coverage for your programs and events?Call the editor on 08034638333!