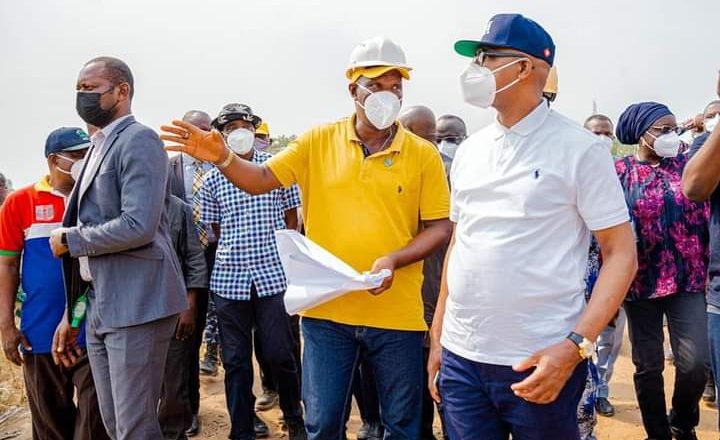 The Ogun State Governor, Prince Dapo Abiodun has said that his Administration will see to giving Abeokuta the position that fits its as a worthy State Capital, with the timely completion of projects within the City, as well as across the State.

Speaking when he inspected the new housing project in Kobape, Obafemi-Owode Local Government Area, the Governor added that the main objective of the Administration in the housing sector is to provide 2000 affordable houses to the people of the State.

“We are targeting 2000 units which will make history since the creation of the State by any administration. The first phase of this project is 500 units of two and three bedroom expanded units.

“Before we embarked on this project, we did a survey in line with our inclusiveness. We wanted to be sure that the housing we are providing meets the expectations of our people in terms of size of the land, building, affordability and the location of the project,” he said.

He said the project, which would be completed between April and May this year, would accommodate all subsectors in the building industry, as the unskilled artisans are being employed and trained on site, just as it provides employment to skilled artisans in line with the Administration’s Youth Employment Scheme.

The Kobape housing project, the Governor opined, has affected the ecosystem of the area, as business activities have sprung up in the axis, adding that similar projects were ongoing at Ikenne, Sagamu, Ijebu-Ode, Ota and Ilaro.

According to the Governor, “As we replicate this model across the State, it begins to draw us closer to achieving our objective of empowering our people and touching their lives positively. What we are doing here is also going on in Ikenne, Sagamu, Ijebu-Ode, Ota and Ilaro.”

Prince Abiodun, while describing housing as one of the pillars of the social well-being programmes of his Administration, pointed out that apart from providing affordable houses, it would allow employment opportunity for the entire value chain of the building industry in the State.