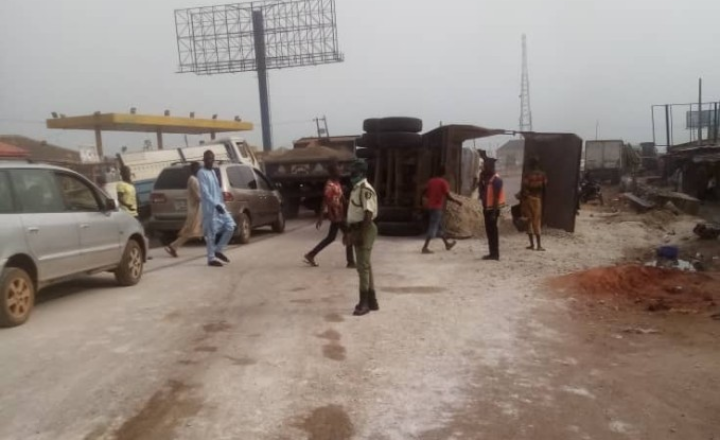 The Area 4 Commander, Traffic Compliance and Enforcement Corp (TRACE), Adekunle Ajibade said measures have been put in place to manage the frightening daily traffic bottlenecks around Ogun West corridor in order to pave room for free flow of traffic in the area.

According to him, the traffic jam at Ijako- Owode has been subdued by mounting of traffic control points covering about 300 metres apart for effective monitoring and prevention of drivers from breaking the one lane flow of vehicles in each direction.

Ajibade emphasised that the major cause of traffic bottlenecks is the impatience displayed by some drivers who break the one lane rule to form 2 to 3 lanes of vehicles going the same direction, thereby inhibiting the vehicular movement of vehicles coming from the opposite direction.

He added that presently, TRACE operatives are working assiduously in shifts for about 18 hours to control the Ijako traffic from the Brewery end to Goro Market which, a distance of about 1.2 kilometers explaining that, most times they break the lane immediately they leave or pass by traffic control operatives.

To prevent such, Ajibade added more control points on the road were created where traffic is diverted, owing to ongoing construction on the other side of the road, warning commuters to desist from plying one way which he said prohibited in Ogun State anyone caught would face the wrath of law.