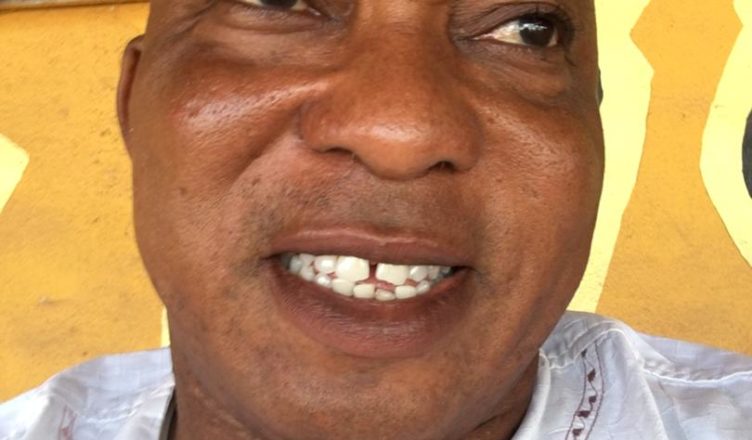 It was a day of bizarre at Ilaro the capital city of Yewaland as people and market women woke up to see a total lockdown of the town old market by the Oro Cultist’s Charms and fetish ammunition.

The reports gathered from people of the rustic town confirmed that the Oro Cultist actions were deliberate efforts to frustrate the commencement of the building of an Ultramodern Market Complex at the town.

The questions begging for answers from concern citizens of the town are ” Who is against the progress and Development of Ilaro?”
Who are the people or group of people behind this illegal action of using Oro cultists to stop a Construction Project meant for the development of Ilaro town?

However, information at our disposal from a community leader stated clearly that the Proposed Ultramodern Market Complex is the Project initiated by Yewa South Local Government Administration of the Present Caretaker committee with the approval of the Ogun State Ministry of Local Government and Chieftaincy Affairs.

Further information revealed that Market women and concerned citizens of Ilaro were on peaceful protest to the Palace of Olu of Ilaro and the Paramount Ruler of Yewaland on Saturday morning.

Consequently, a notable Political Leader in Ilaro town, Comrade Oginni Olaposi Sunday while speaking with newsmen on the matter called for urgent intervention by well meaning Yewaland Citizens to unravel the misery behind the incident.

Oginni who doubled as IPAC and NEW NIGERIA PEOPLE’S PARTY Chairman in Ogun State, called on the Chairman of Yewa South Local Government and his Committee not to be discouraged by the attempt of some faceless people to hamper the progress and Development of the town.
” I think the LG Chairman of Yewa South and his Committee members should dialogue with Kabiyesi Oba Olugbenle to unravel the misery behind the scenes of Oro cultist’s action on the stoppage of the Construction Project.

Recognizing the fact that the Project initiated by the Local Government will bring progress and Development to the town , everyone should please join hands to see to the successful completion of the project irrespective of our Political or religious differences. The fast tracking of the Development of Ilaro must be a genuine and sincere concern recognizing the fact that out of the four colonial Provincial Headquarters in Ogun State, Ilaro town needed to do more in terms of accelerated development to match up with other towns in this category.