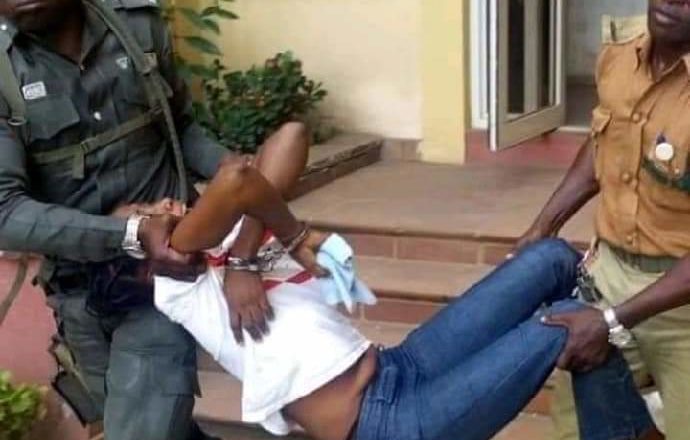 A mild drama was recorded yesterday at Ikeja High Court, Lagos State, when a 36 years old woman,Mrs Stella Godwin was sentenced to death for the murder of her neighbor.
Mrs Goodwin reported stabbed the victim to death during a misunderstanding at a local neighborhood of Ajegunle in Lagos State.
The death sentence knocked her off her feet as she broke down at the court room.
The court room was filled with sympathizers who also cried uncontrollably as she was carried to the waiting vehicle of prison official.