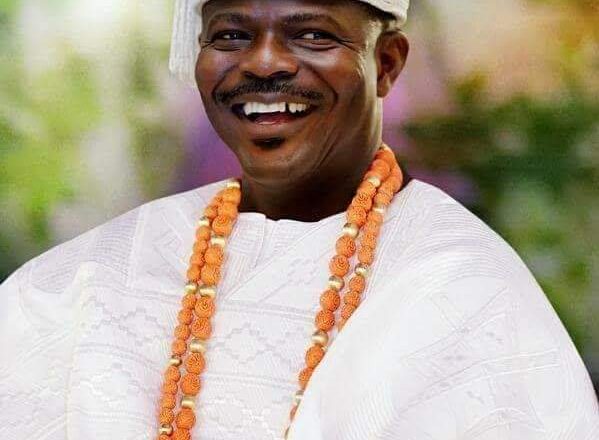 The Yewa Traditional Council under the leadership of Royal Majesty, Oba (Dr) Kehinde Gbadewole Olugbenle, MFR, the Olu of Ilaro & Paramount Ruler of Yewaland has formally announced the approval of Conferment of Pan-Yewa Chieftaincy Titles on seven distinguished sons and daughters of Yewaland.
According to Prince Femi Dokunmu, Media Consultant to the Paramount Ruler of Yewaland, Oba Olugbenle disclosed this to journalists during a media parley at his Palace in Ilaro-Yewa, on Saturday, October 23, 2021, saying the new Chiefs whose nominations have spanned between 5 and 10 years, was as a follow-up to the meeting of Yewa Traditional Council, held on Tuesday, September 28, 2021 where the approval was given by the monarchs.
Recipients of the honour, according to the release include Otunba Akeem Adigun (SOCOPAO) as Apagunpote of Yewaland; former Deputy Governor of Ogun State, Alhaja Salimot Badru – Beere of Yewaland and Senator Solomon Olamilekan Adeola – Aremo of Yewaland and his wife, Mrs. Temitope Adeola as Yeye Aremo.
Others are Chief Adewale Adesina (Wale Saranda) – Babaloja of Yewaland; Alhaji Ibrahim Dende Egungbohun (IBD) – Oluomo of Yewaland; Chief Dele Oderinde, the Tayese of Yewaland and Chief Isiah Akinsowon as Majeobaje of Yewaland.
The Paramount Ruler of Yewaland noted that the new Chiefs were carefully selected by the Yewa Obas on the basis of their outstanding contributions to the socio-economic development of Yewaland and humanity, and also their sterling qualities which have endeared them to the monarchs and people of Yewaland.
Oba Olugbenle posited the exercise, which shall be done periodically to honour more outstanding personalities who have contributed immensely to the socio-economic development of Yewaland, is in line with the Chieftaincy law of Ogun State which confers on the Paramount Ruler the authority to confer Chieftaincy Titles on personalities, so qualified.
He said that the formal decoration of the Chiefs who have been issued their certificates of conferment, where their families, friends and other well-wishers would attend, shall be held at a later date, subject to arrangements between Yewa Obas and the new Chiefs.
The Paramount Ruler however congratulated the new chiefs on behalf of all Yewa Obas and urged them to rededicate themselves to the development of Yewaland and see themselves as worthy Ambassadors of Yewaland in their public conduct and character.