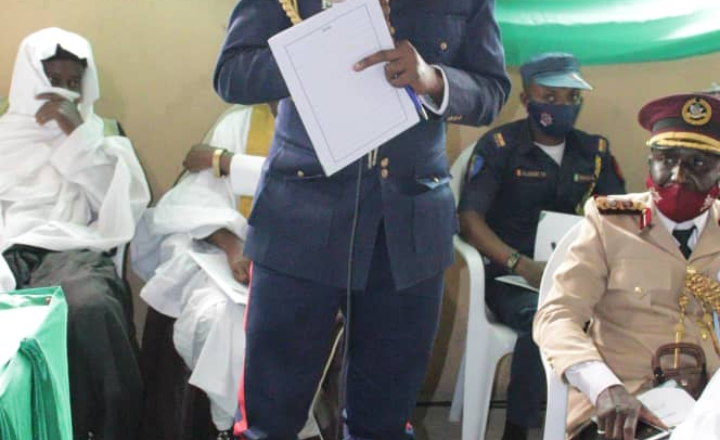 As the year runs to an end with its attendant perceptive increase in crime rate across the country and Ogun State being no exception, the Nigeria Security and Civil Defence Corps (NSCDC), Ogun State Command Headquarters, Abeokuta, had prepared and set in motion all necessary plans to beef up security across the State by deploying no fewer than 2,762 of its workforce to identified hotspots across the state.

The personnel of the corps had been deployed to strategic locations to ensure adequate security before, during and after the celebrations.

Intelligent reports, at the corps disposal, have it that as Nigerians are preparing for this Christmas and New year celebrations, some unscrupulous elements are also busy strategising on how to perpetrate their nefarious acts by taking advantage of the hustling and bustling of the periods.

Consequently, the corps had redoubled her efforts on security by making deliberate attempts to identify black spots which could be used for several intentions as already understudied by the command.

The level of preparedness of the corps was made known to journalists by the State Commandant, Mr. Hammed Abodunrin, during a media chat held in his office.

Abodunrin said, “the corps is never distracted by the inherent nature of the season therefore tactical teams as: the Counter Terrorist Unit, Agro-Rangers, Anti-Vandal team, Disaster Management Department and the Peace and Conflict Management department had been drafted to identified hotspots across the State.

The spots includes: Pipeline Right of Ways (PROW), Recreational Centres, Public Motor Parks and other key areas where there are Critical National Assets”.

He said further that, intelligent reports indicated the way and manner criminals are busy planning to execute crimes and as security agents, the corps will not rest on her oars to defeat them.

Abodunrin however admonished the people of Ogun State to celebrate the season moderately and not to hesitate to report timely, any suspicious movements by any individual or group of people around the pipelines and critical national assets.