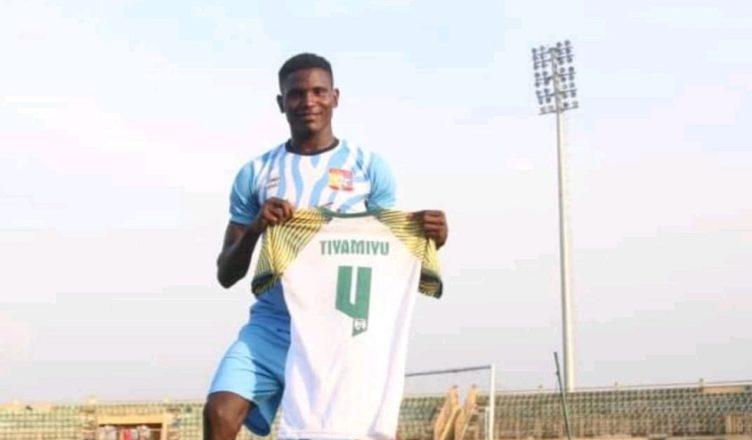 The Ogun State government has described as outright falsehood, an audio currently being circulated by a mischief maker in the state alleging that the Deputy Inspector General of Police, Research and Planning, Mr. Babatunde Peter Ogunyanwo, killed three persons before accompanying Governor Dapo Abiodun on a condolence visit to the family of Remo Stars football player Tiamiyu Kazeem (Kaka), in February this year.

In a statement issued by the Chief Press Secretary to the Governor, Kunle Somorin and made available to newsmen in Abeokuta on Monday, the Ogun State government indicated that DIG Ogunsanwos visit to Ogun State following Tiamiyus death was at the instance of the Inspector General of Police, IGP Mohammed Adamu, who directed being from Shagamu, he (Ogunyanwo) should lead a police delegation to visit the family of the deceased football star to pay condolences.

According to the statement, following DIG Ogunyanwos condolence visit to the family of the slain footballer in company with Governor Abiodun, he had immediately commenced investigation into the case.

According to the statement, “the SARS  operatives involved in the death of Tiamiyu Kazeem were arrested and probed by the investigative panel set up by the police high command, following which DIG Ogunyanwo recommended their dismissal from the Nigeria Police Force.

“They were subsequently handed over to Ogun State for prosecution and the Department of Public Prosecution, following a careful review of the case, indicated that the indicted officers indeed had a case to answer.

“They were then charged to court and subsequently remanded in prison. The insinuations by the man speaking in the circulate audio tape is therefore aimed at misleading the public, casting aspersions on Governor Abiodun and causing insurrection in the state.”

The statement added that it was unfortunate that the mischief maker, who claims to be from Sagamu but based in the United States, chose to tarnish the image of a high-ranking police officer who came to Shagamu to condole with the family of a slain footballer and was never implicated in any act of criminality before, during and after that condolence visit to his hometown.

It urged citizens of the state to shun the antics of mischievous elements playing politics with human lives at a time the whole country is gripped with legitimate protests over serial acts of lawlessness by members of the disbanded Special Anti-Robbery Squad (SARS).

“It is highly unfortunate that the mischief maker in question chose to mock the death of the late Tiamiyu by cooking up lies just to paint the Ogun State Government black.

” If he is sure of his facts, he should forward a petition to the Inspector General of Police or file a case in court, the statement said.