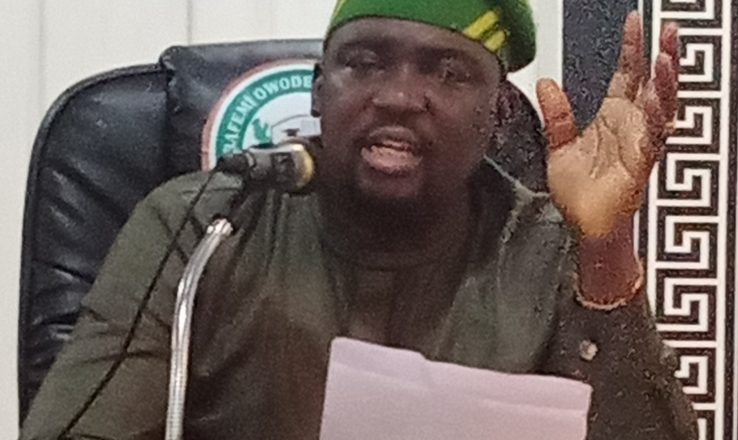 The event which was preceded with various programs including, inspection of on going projects, distribution of writing materials to students of public primary schools, meeting with security agencies and market leaders.

The chairman while taking media men through his 100 days in office at a media chat in his office, said it had not been a smooth journey,but he had made up his mind not to disappoint the people who gave him their mandate.

Ambassador Ogunsola said,” the need for a change and turn around was so obvious when we came,and thank God it’s a different story today. With few of our efforts and commitment, we have achieved success in few projects.”

He added that,”I came to this council with vast knowledge of governance. I was once the Secretary to the local government for about three administrations and my belief is “when you carry everybody along, and open up the democratic chance, you will give everybody the opportunity to contribute and they will be able to come to develop and contribute to the progress of the administration. I believe this is just a tip of the iceberg”.

Ambassador Ogunsola implored the people to give the council their total support so as to be able to achieve their goals.