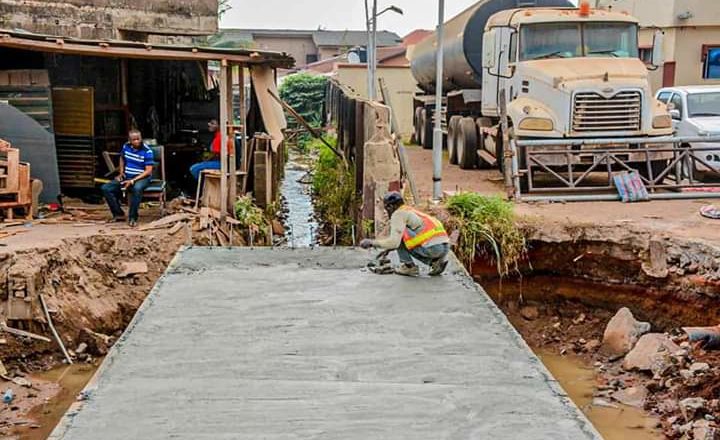 The Ogun State Government says it will continue to open up the industrialization and economic frontiers of the State through its infrastructural and other developmental projects. Hence, it has spent a total of N4.325bn in the last six months on road construction and rehabilitation.
The State Commissioner for Works and Infrastructure, Engr. Adebowale Akinsanya, stated this while defending the Ministry’s 2020 budget performance before the members of the State House of Assembly Committee on Works and Infrastructure led by Abayomi Fasuwa at the Assembly Complex, Oke-Mosan, Abeokuta.
According to the commissioner, the roads included: Epe Road (Ijebu Ode-Mojoda), Fajol-Ajegunle/ America Junction Alogi, Oba Erinwole, Sagamu, Molipa/Fesogboye/Ojofa Street in Ijebu-Ode, Osi-Ikola-Navy Command Road, Ota and Panseke-Adigbe Road.
Others are Vespa-Ikorita meje-Olose Titun road in Ifo, Araromi/Sokoto Road in Iperu Remo, Oru-Awa-Ilaporu Ibadan Road, grading of Ikoro Otun Lafenwa, palliative works on Ojere/Oba/Lisabi Road and Egbebi road in Abeokuta amongst others.
He added that the sum of N142.03m was expended on recurrent including salaries and other overhead within the period under review.
In a related development, the General Manager, State Public Works Agency (OGPWA), Arch. Gbenga Akintola said that the agency had worked on over 30 roads across the three Senatorial Districts between January and June this year with the adoption of the most cost effective measures for all works done.
The exercise which gulped N48.249m included spreading of stone base and asphalting, excavation, backfilling and construction of concrete drains, drainage distillation and repair of failed portions of roads across the State.
In their various remarks, the lawmakers called for the rehabilitation of roads in their respective constituencies with a view aiding human and vehicular movements, imploring the agency to put in place safety measures at the sites of all the ongoing projects across the State.
The State Bureau of Electrical Services also had their 2020 budget appraised by the lawmakers.
The lawmakers led by Hon. Fasuwa later inspected the level of works on some of the roads including Fajol-Ajegunle American junction Alogi road, Oke Lantoro- Elite road, Kuto -NNPC fly over and Panseke-Adigbe Obada Oko road amongst others.