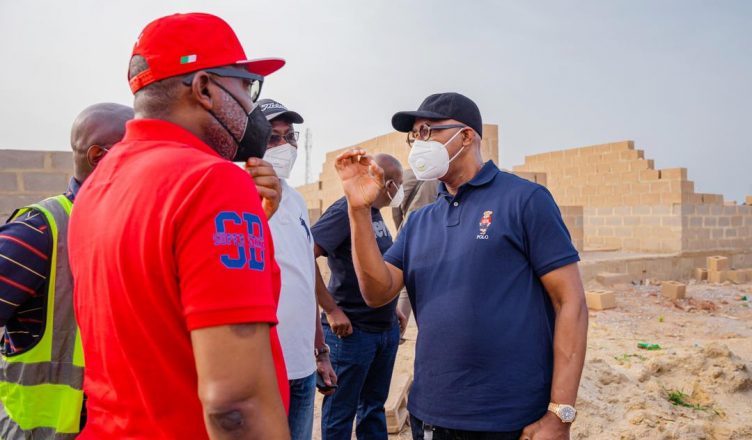 The Governor of Ogun State, Prince Dapo Abiodun has disclosed that in line with the housing blueprint of his Administration, the social housing scheme that took off in separate locations across Abeokuta, the State Capital is now being extended to other locations for equal accessibility.

Governor Abiodun, who made this known during an inspection visit to the site in Sagamu over the weekend, revealed that land clearing had begun in Ota and Ilaro.

The inspected project in Sagamu is set to deliver 200 units, with 100 units to be delivered in the ongoing first phase and the other 100 in the second phase. The Affordable Housing Estate is located opposite NYSC Camp, Sagamu.

Governor Abiodun further explained that the 200-unit Ota estate will also be constructed in two phases of 100 units each inside the existing GRA, Ota.

On the Ilaro estate, Governor Abiodun discloced that 100 units in two phases of 50 each will be constructed along General Hospital Road.