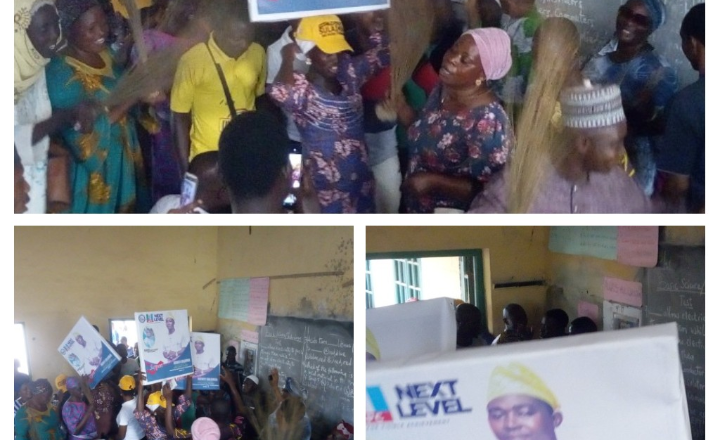 The people of Abeokuta South ward 14 yesterday demonstrated their love and loyalty for Hon Sulaimon Adeniyi as he made public declaration of his councilorship aspiration.
He was warmly received by party leaders in the present of all the members in different zones that made the ward.
Hon Adeniyi who is from Zone 6, which includes Panseke, Mercy Road,Onikoko,Kuforiji Olubi,and most populous among them,Saraki Adigbe,have been considered by many as the most suitable candidate.
The grassroot politician who have been in Politics for sometime,have the ability to represent the community in the local government election.
Hon Adeniyi who hailed from Igbore community of Abeokuta South,a loyal member of APC said he will bridge the developmental gap in the community when elected to office.
He also assured the people of taking their demands and greviances to the state level so as to benefit from the present dividend of democracy.