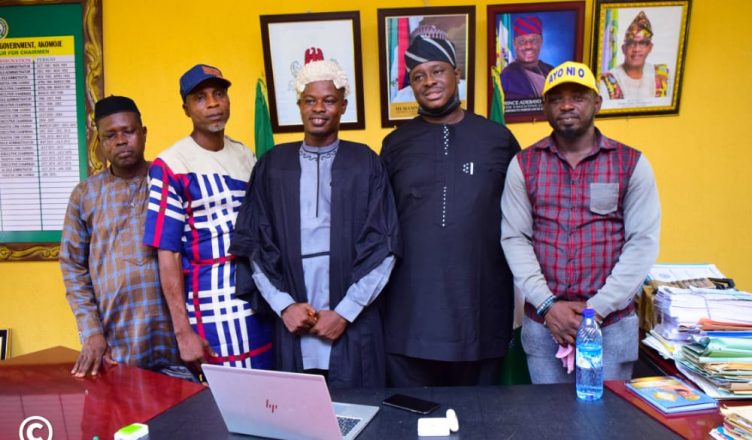 The Executive Chairman, Abeokuta North Local Government, Prince Adebayo Ayorinde, has called for a synergy between the Executive and Legislative arms of council.

Prince Ayorinde made the call at his office yesterday during a visit by the newly Elected Principal Officers of the 7th Legislative Arm.

He assured the lawmakers of his support towards the passing of bye laws that will bring development into the local government area.

Responding, the newly-elected Leader of the House, Hon Sikirulai Sanni, representing Ward 11, appreciated the Honourable Members for the confidence reposed in him, and for being elected and unopposed to the seat

Hon. Sanni emphasized that his administration will be fair to all and ensure that equity prevail in discharging his duties to the good people of the Local Government.

He stated further that he needs maximum support, cooperation and unity from all the Honourable Members, the Executive Arm, as well as the Career Officers, in making bye laws that will take the Local Government to its Eldorado.

Other Elected Principal Officers are Hon. Adebari Adekunle, from Ward 08 as the Deputy Leader; Hon. Makanjuola Salaudeen, representing Ward 05 as the Majority Leader; and Hon. Abel Olusegun, rep Ward 13 as the Chief Whip.