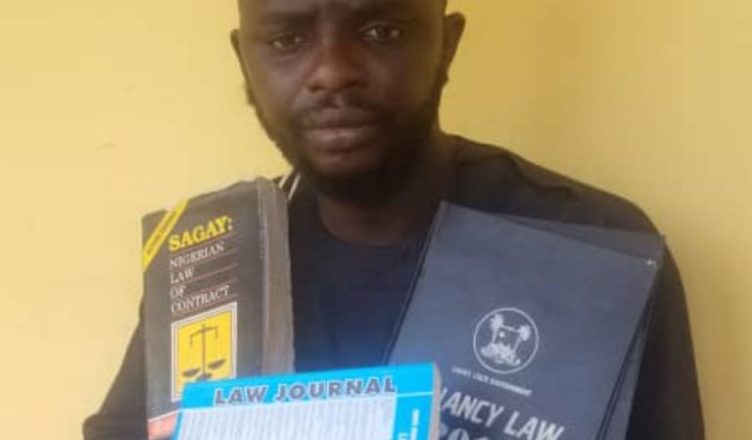 A young man parading himself as a lawyer was recently arrested in Ogun state after defrauding several victims.
The suspect, Elijah Ayodeji Ojo , who dropped out of Ekiti State University in his bid to study Law,have since been parading himself as a legal practitioner with some numbers of people as victims.
He was arrested by men of Nigeria Police Force,Ajuwon division after several reports by victims.
One of the victims,as reported by the police, was taken to court for an offence, but was duped by the suspect who collected about #300,000 from her to perfect her bail condition, but never show-up in the court.
The DPO of the division and his team arrested the suspect after thorough investigation.
He had confessed to the crime as he had no legal credentials or training to enable him to practice law in the society.
Ogun state Commissioner of Police, Cp Kenneth Ebrimson has ordered the immediate transfer of the suspect to the State Criminal Investigation Department, as he promised that the suspect will soon be arraigned in court.