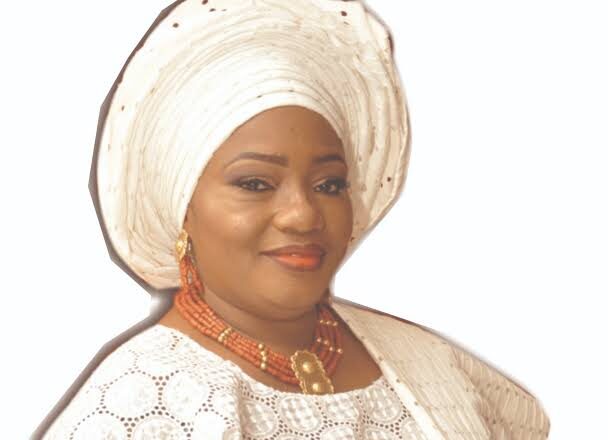 Alhaja Salimot Makanjuola-Badru is the former Deputy Governor of Ogun State during the regime of Otunba Gbenga Daniel.

Infolitenews team In this interview, the Iya Adinni of Ogun State Muslim Community opens up on her life after office and other sundry issues.

Your Excellency, as a former Deputy Governor of Ogun State, how will you describe life after office?

My life after office has been a pleasant one. Well, as a leader, I have been able to raise many likeminded leaders, and I am still here monitoring some upcoming politicians.

Also, I have been trying to nurture my Foundation “S.M.Foundation”, which is primarily to help indigent students especially females; those that are brilliant, but whose parents are incapable of paying their tuition fees in tertiary institutions of learning.

How have you been coping as Iya Adinni of Yewaland?

It has really been demanding. As a leader from Ogun West, especially, you know that recently, I was made the Beere of Yewaland, on issues concerning Ogun West definitely you will see me at the forefront. So, the newly added feather – Iya Adinni Ogun Muslim Community has added a lot of responsibilities and activities.

When you were the Deputy Governor, Ogun West had a good measure of its deserved dividends of democracy from that administration, what did you do right that the subsequent governments seems not to have done?

For me, I believe that governance is a continuous process. When we came in, we went round and saw what our people needed and that was where we focused our attention. I am sure the immediate past and current ones must have done some things, even the immediate past one must have done his bit, maybe that is not enough to the residents. But I am sure the current government has also tried.

Let’s talk about ongoing infrastructural development in the whole of Ogun West.

Currently, the Prince Dapo Abiodun’s government is constructing Atan-Lusada, Lusada-Agbara road. He is also constructing Ilaro-Owode road. Ado-Odo road is another construction that deserved commendation on the part of this administration.

Immediately Governor Dapo Abiodun was sworn in, he began the construction of roads in Ota area. I was with him during the commissioning of the Ikola road that links Lagos State from Ota. And talking global standard of health institution, he has renovated nearly all the Primary Health Centers and Public Schools across the 20 Local Government areas in the State.

I can confirm that the incumbent government in Ogun State has touched every part of this state. The administration is doing well.

I am not used to condemning people. So, because I wasn’t too close to the immediate past government, I can’t say in particular what he did right or not, but I am sure we were not left out totally in the area of development.

What is your advice for your people of Ogun West?

My advice to my people is that we need to be more strategic. Other Senatorial districts are known for their game of ‘wait to study the situation and switch to winning plans’; for me, I don’t believe in truncating a system.

Prince Dapo Abiodun, MFR, is doing his best, and if we allow him to go for the second term, then we can come in at that right time. Timing is important in whatever we are doing.

It is always difficult to stop a government from getting its second term, and then we can come in at that right time. Timing is important in whatever we are doing.

I believe that what we need to do is to strategize. And the strategy must be for a right time. People will say when is the right time? I believe that if we really strategize, we will know when to go for the shot.

In addition, we need to start very early so that we don’t have to wait towards the end or very near to the elections before we start to plan.

Our planning must be immediately after the election. Secondly, we must make friends in other senatorial districts which mean – building bridges across other districts.

Our votes only cannot take us to anywhere. We need votes from both the Central and East of the State. We need that friendship from the other two senatorial districts.

We must look at how to generate enough funds. It is not a matter of some millions; even few billions will not go anywhere. In fact, a billion cannot be enough for election activities.

In all, we must be strategic, start on time, build friendship with other stakeholders, and pool adequate resources to fund the process.

On the day of your installation as Beere of Yewaland, you were ushered in by Otunba Gbenga Daniel, what is your secret of retaining such a relationship after more than a decade that you served as his Deputy?

If you study me, you will notice that what I do most is that I manage people and I did a lot of management studies. My boss too managed me. That is why there wasn’t any issue or quarrel between us, during and after our tenure. We became closer after our administration. I believe that because God is on our side, we have been able to manage each other, reasonably.